Mike Leigh: «People are making independent films and I feel being a part of that»

The conversation about preserving creative control

You’ve made your last film with Amazon and it’s not a secret that your biggest point in making films is creative freedom. How is it different to work with streaming service from your previous experience? And how do you see this massive expansion of Netflix and Amazon in cinema world?

No difference at all, because no aspect of the work was informed by the fact that they were a streaming service. Amazon Studio backed independent movies, supported us completely and did not interfere at all: not in pre-production or planning or conception or shooting or post-production. And even when we finished the film, it was running something 20 minutes longer than its attracted length. My producer and I took to New York to show them, worried that they would say it’s longer than it’s supposed to be. They look at it and (clapped in his hands) it’s great, we will not touch it, so they were completely supportive. So no aspect of the experience was informed by the fact that they wind up being stringent. Except  that had theatrical distribution at certain point in time they told international sales agent: Don’t sell to more than 20 countries, because in July it will go to the platform. Part from that no interference at all. I have nothing to report about it. 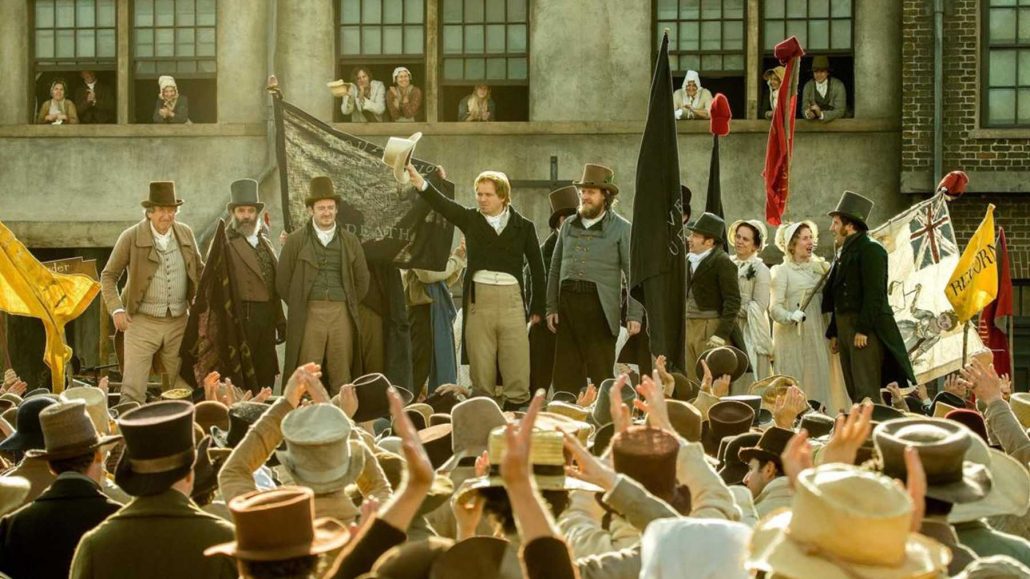 Is it really changing the cinema landscape?

It’s hard to say. My experience that I just described is very good one, but I suspect it’s going to turn out to be unusual, because Netflix and Amazon would probably and other streaming platforms like Disney are going to be more like proto behave like Hollywood studios and dictate what films should be and so on. I think I anticipate that it would not be good for independent cinema. However, it’s always important to remember that there is Hollywood and there is world cinema. And world cinema is carrying on. People are making independent films and it’s really important and I feel being a part of that.

As you work without the script with extensive rehearsals before the actual shooting I am interested, when does fact checking happen in this process of making such periodic pieces as Mr Turner and Peterloo? Because everything looks very natural and without a doubt authentic, although we’ve never been there and know this time from paintings and books.

You start with preparation and research and it’s continuous process. I mean I have all my historical films «Topsey Turvey», «Mr Turner» and «Peterloo» have historians on board. So this fact-checking as you called it is meticulous process. It’s a part of the whole process. What you said is very interesting, it’s only 200 years ago. If I was to make film set in 6th of 7th century, it’s very difficult to research how people lived back then, but 200 years ago – there is enough of material, a lot of staff is written down (books and novels). And also a lot of newspaper of that time exist. In the film magistrate, for example… One day we went to British national archive with all the actors playing the magistrates and the archivists got out all the letters written by the magistrates that they see they wrote in Home office all the time. Those letters still exist, so all the material fits in how they talk and so on. So it’s very researchable and very accessible period. But it’s continuous collaborative and necessary part of the process. It’s only part of the process, but it’s necessary 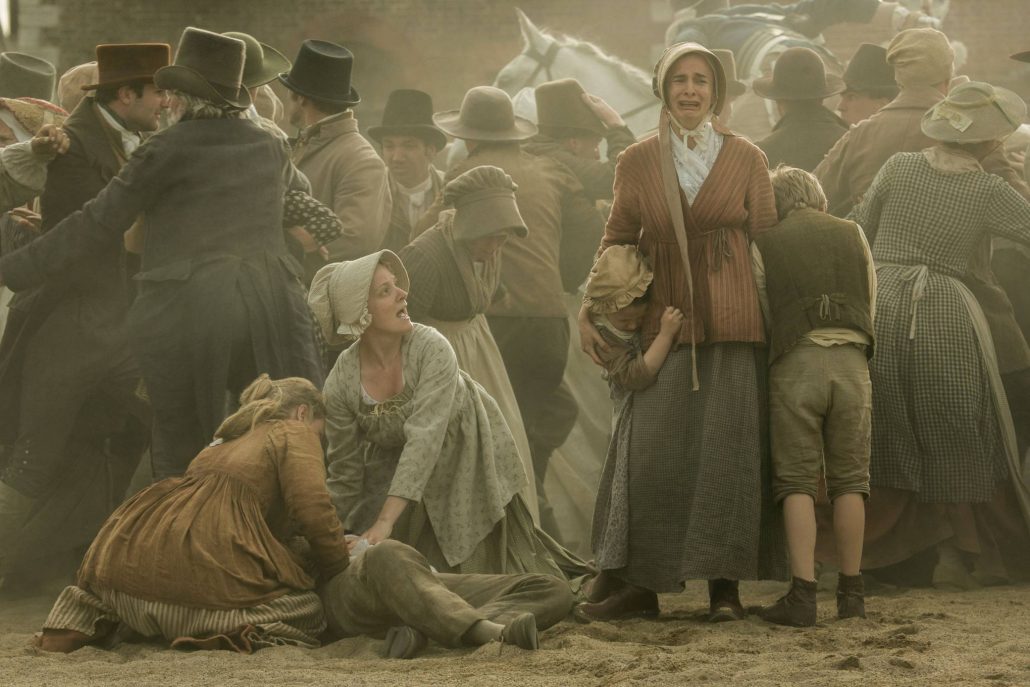 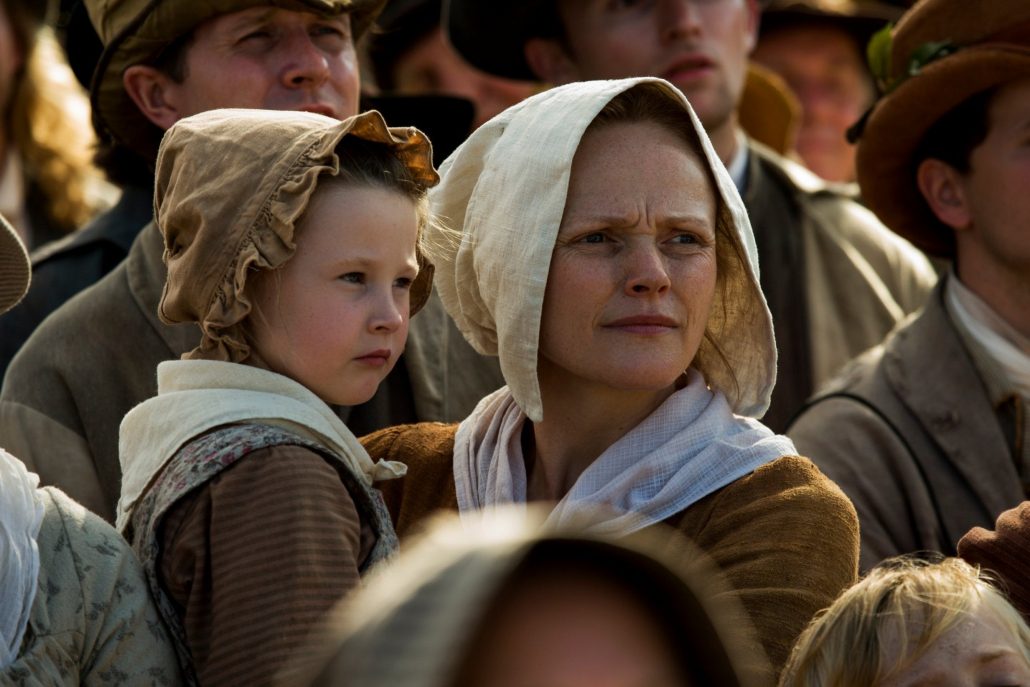 «Peterloo» seems to be not about the massacre itself, but rather about the context of it. I mean time and consequences of the reforms. Would you describe why this story is so important for not being repeated again and could that be somehow avoided in 1819?

Well, that’s a difficult question. It’s the question you can ask on every historical event. Could the First World War be avoided?  Could the Second World War be avoided? In all situations even as we speak whether all sorts of commission could happen and irrational behaviors and so. So actually it’s the question with no answer, but if we can pursue it If it could be avoided then how it could be avoided. And you need to start questions about the authorities and about the paranoia amongst the ruling class, about the French Revolution and if it would be English Revolution. There’s too many factors. In many ways it was inevitable. Of course, to be more specific the actual event in Manchester on that day – that could be avoided. That massacre almost certainly could be avoided if the General being there decided to go to horse race, because he had the horse running in York. He should have been there.  Obviously it was complete chaos, because the magistrates were confused and wanted to arrest the guys before anything had happened. They triggered off sending for the honorary, who came first and soldiers came second and the honorary were drunk and all those things. In that sense the massacre could have been avoided. Politically in a broader sense, philosophically it’s hard to say just like that. 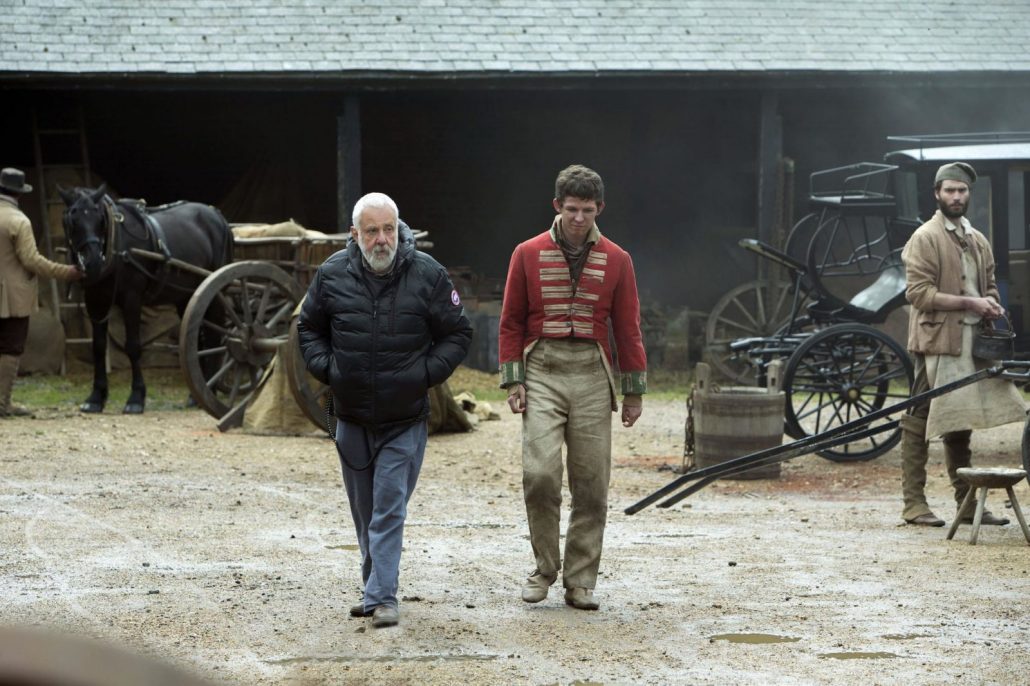 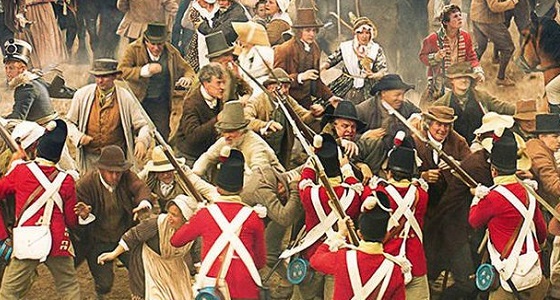 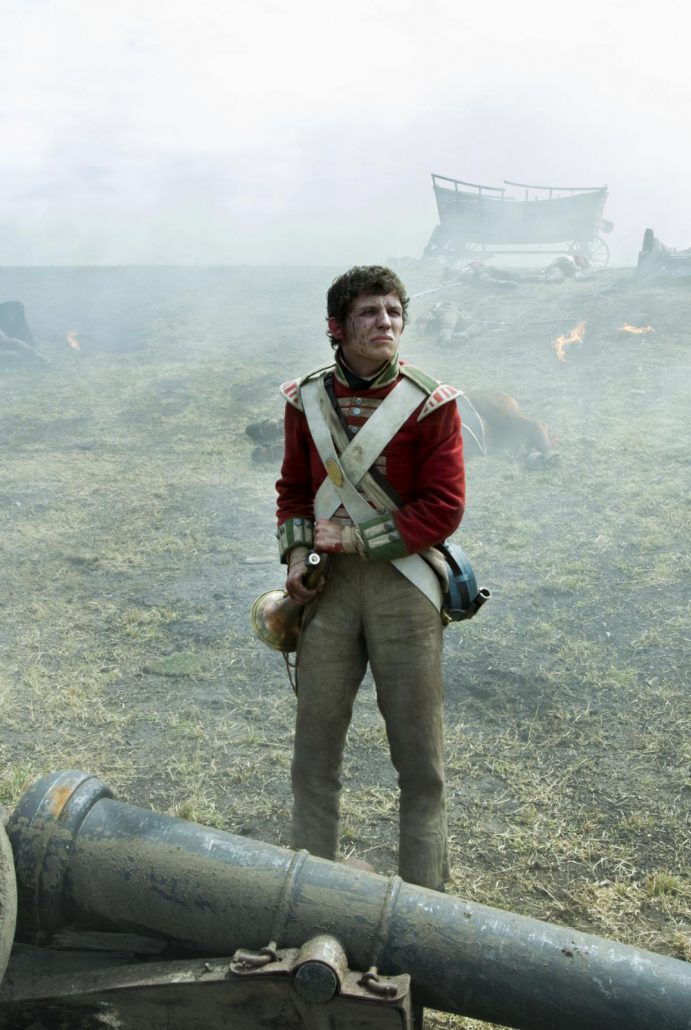 I may quote one of your oldest interviews about Naked for Wayback Machine and its criticism it received: The criticism comes from the kind of quarters where so called «political correctness" in its worst manifestation is rife». Would Naked be received differently nowadays by the audience if it premiered in 2019?

More interesting about this questions is this: the BFI in London are currently restoring «Naked» into a new digital restoration. And they are going to give theatrical release, so we will see how it goes and I will be answering this question more clearly. When we watched recently, the feeling amongst quite a number of people is very relevant.  What do you think?

I think there are lot of fans of that movie and if it premiered now the first screening it might even huge. Well, «Naked» is completely different from «Mr Turner» and «Peterloo», for example. But the question is more about political correctness, which was very different in 90s and nowadays it might be even bigger, but the acceptance of such movie could be very warm.

I think it’s true probably. This is interesting aspect what you’re saying. When the film came out, there was a strong specific feminist quarter, so it’s misogynist film, so Johnny is a cynic. No, Johnny is not a cynic. Johnny is a disappointed idealist. Of course, it’s not misogynistic film. There was a lot of vigilant staff from feminists in 1993-1994-1995. And decade or so later I attended some screenings with the questions and there was no feminist reaction to a film at all. There were very intelligent men and women, obviously feminists, but nobody had any problems with it, so that’s interesting. 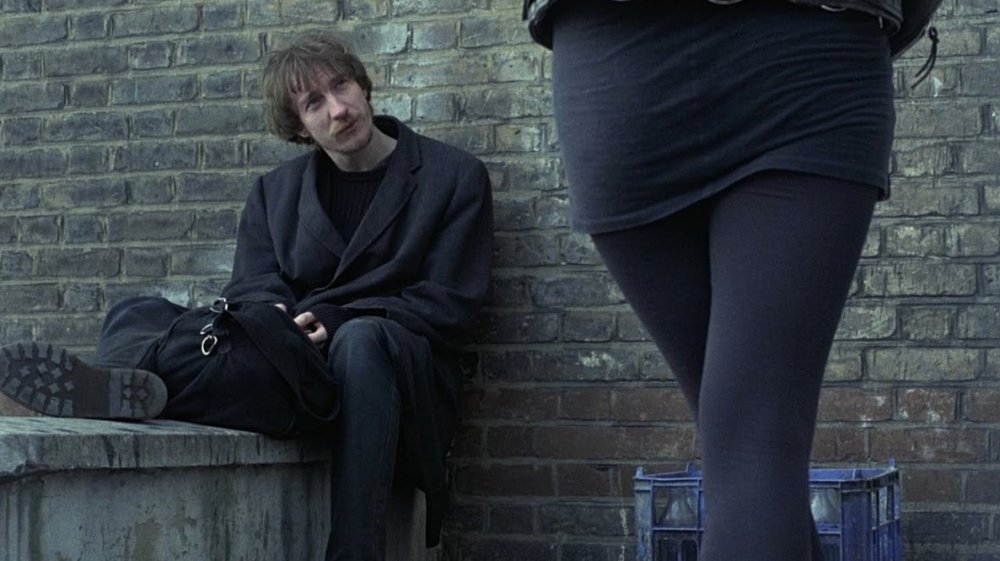 In Mr Turner when the painter is on the deathbed it seems that his final words The sun is God comes directly to the audience. Was it break through the fourth wall or just bleak look of dying man, who captures the eye of the camera.

Timothy Spall is genius in this film. Probably one of his best roles. What was the process of casting him? Did he come to your mind instantly, when you thought about Turner?

Not at first. No, I did not think about him, although it seemed a good idea. And he is not exactly right for Turner. Turner was very small man, so we had a consciousness decision to ignore that fact. But I thought some aspects of what Spall can bring to it would be right for this role. 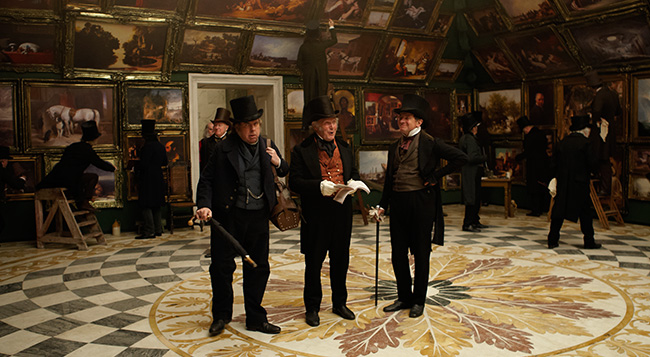 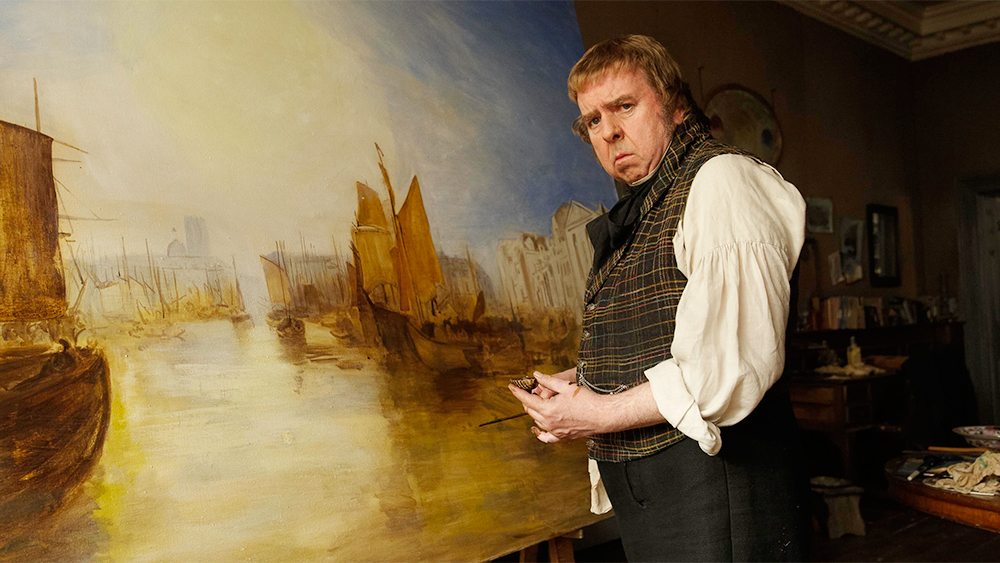 All your films remain very humane to me. And there is one long British TV-Series called Doctor Who, which also dealing with this subject of humaneness. If BBC gives you full creative control over the character and plot, would you consider making a film or an episode about this character?

No. It’s straightforward answer (laughing). Not just because it’s television. The television is fine. I have no interest in it at all. Obviously you’re a closet producer. That’s a sort of idea the producer comes up with. Why does not Make Leigh direct «Doctor Who»?

Have you seen one of the modern episodes?

What do you think about them?

I don’t think about it very much at really, if you want the truth. 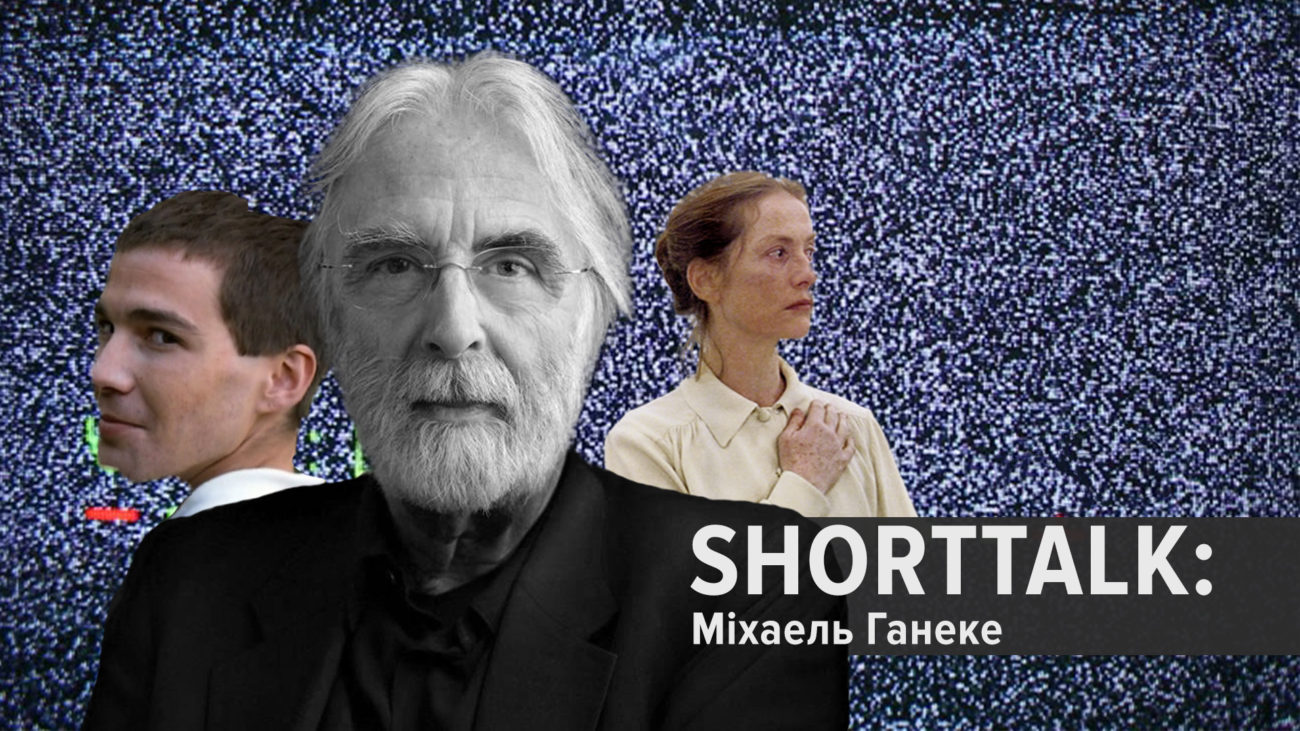 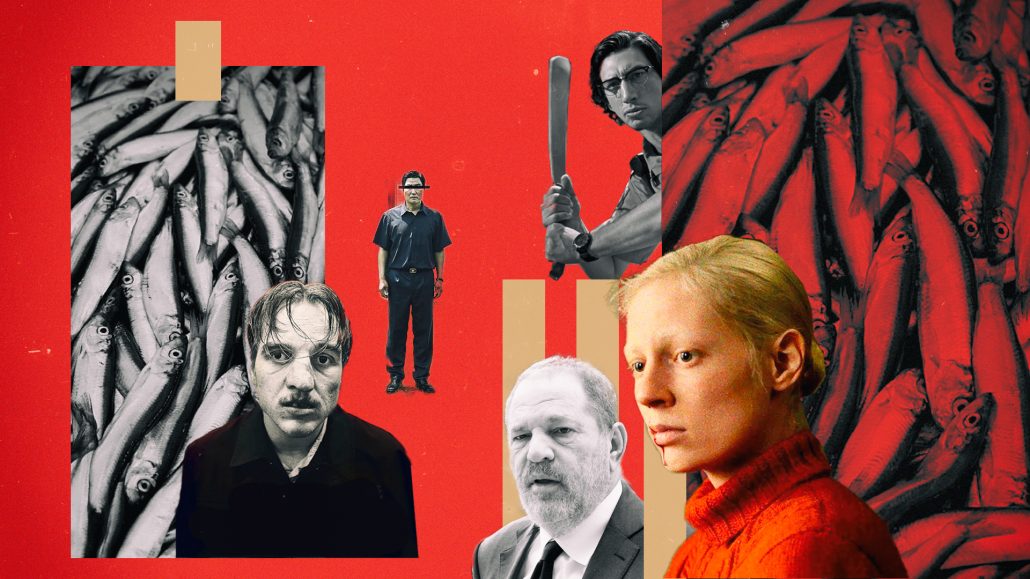 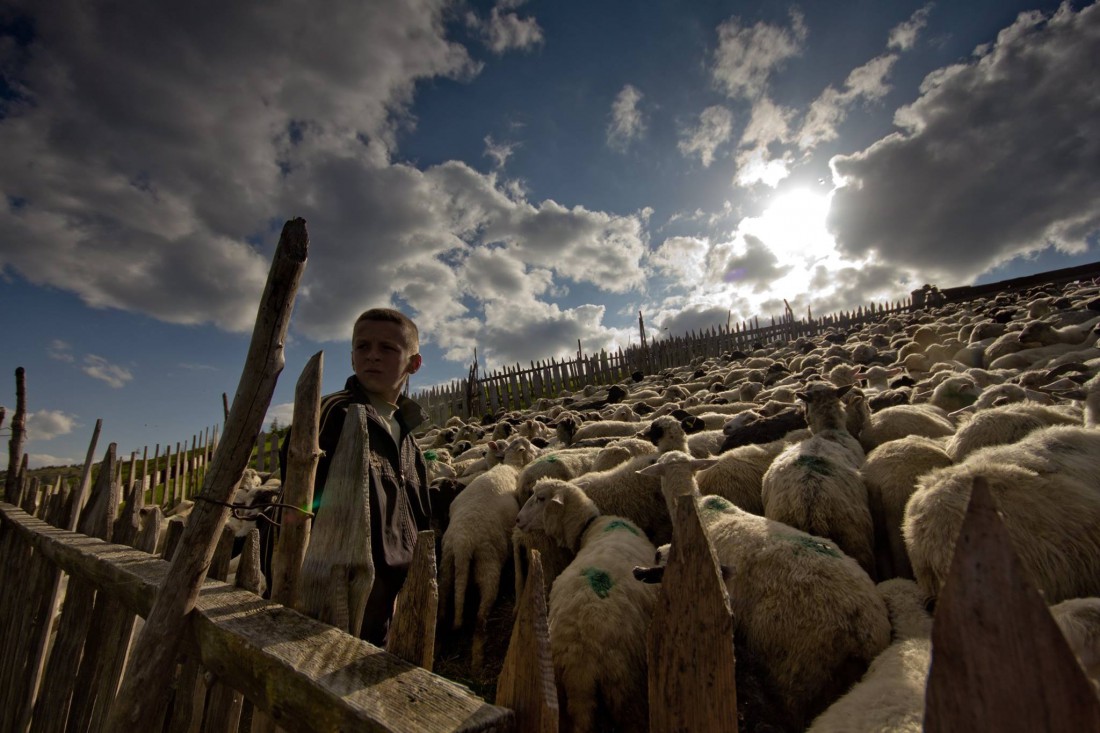 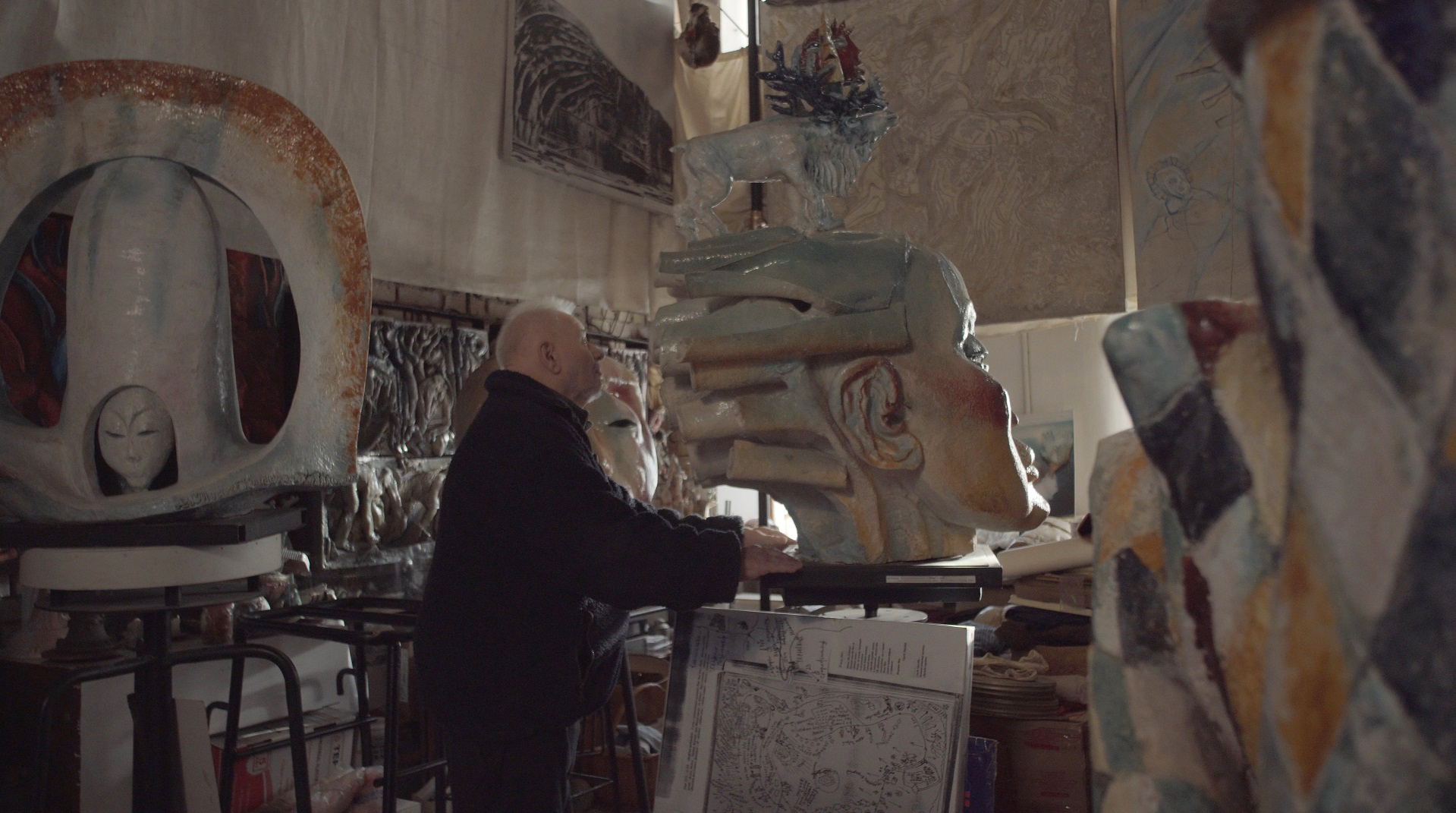