Oscar-winning actress Susan Sarandon is described with the words «Mother, Activist, Actress» in social media accounts. Each of these aspects of Susan’s life is so broad and informative that it deserves a distinct comprehensive research. Also these aspects are closely related with each other. So which type of character does Susan play? What impersonates its feature? How does life and personality of the actress influence her choice to participate in movies? How does it affect the roles she portrays?

Sarandon’s film career began in 1970, when she accidentally got the role on audition for the film «Joe». The young girl was not going to be an actress at all and came to the audition to help her first husband, actor Chris Sarandon. Since then, there has been a gradual transformation of the characters embodied by Susan on the screen: from cute and slightly strange ingénue to dramatic roles with inner conflict. Susan’s beauty and natural sexuality followed her career path and became quite a phenomenon. Despite Hollywood stereotypes, dictating how women should look and represent themselves, Susan succeeded to keep her own unique sense of beauty and sex appeal that never really stops to amaze people all over the world.

Susan Sarandon has played in more than 150 films. Significant part of her filmography are movies well known and loved in Ukraine. However, some of the films are less popular among us, or not known at all to a wide audience, while in the USA it became classics. One of these is definitely «The Rocky Horror Picture Show» (1975). It is a parody of the main templates of science fiction and horror films. Already in this film, at the beginning of her career, Susan Sarandon was not afraid to experiment and think out of the box. Her heroine, Janet Weiss, along with her newly wed husband, accidentally gets into the castle of a mystical Dr. Frank-N-Furter, who turns out to be a daffy transvestite scientist from a distant planet. His castle is the place where all taboos disappear. 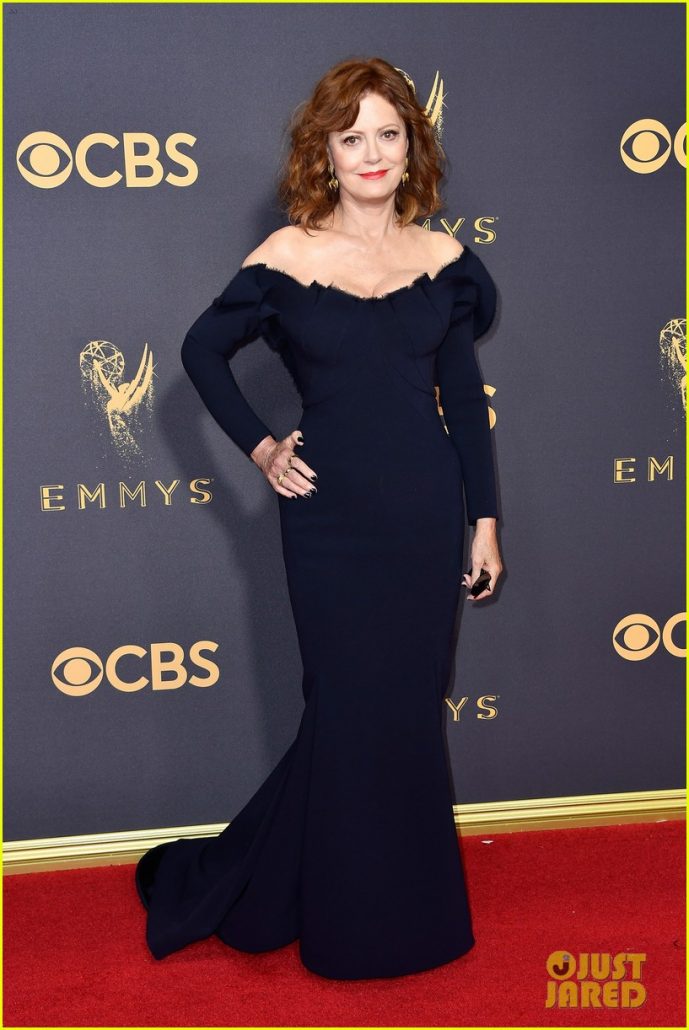 Susan’s experiments include participating in the cult film «The Hunger» (1983). The vampire love scene between Catherine Deneuve and Susan Sarandon made a huge impression on the audience.

During this period, Sarandon was filming in Atlantic City (1980), where she played Sally Matthews, the ex-wife of a mediocre rouge who stole drugs from the mobsters. This work is characterized by ability of the actress to undertake the complicated given circumstances of the role, so it is not an accident that she was awarded her first Oscar nomination.

The film «Bull Durham» (1988), is not very famous in Ukraine, but very popular in the USA. Susan played Annie Savoy, at first sight frivolous girl, who chooses new boyfriend among the players of the baseball team every season. Turns out that she cannot understand whom she likes more: the player Ebby or his impregnable mentor «Crash»? Annie understands that she herself is breaking her own principles and rules. This role of Susan Sarandon contains an internal conflict, though not yet as developed as in the following films.

There are several types of strong female characters in modern film making industry. For example, these are ordinary heroines who are confronted with unusual circumstances, but continue their struggle to be integral personalities. Or unusual strange women, who cannot accept either this world or themselves in it. The type of character Susan Sarandon represents is an ordinary person who has a strong dramatic conflict under the pressure of external circumstances. This is often fueled by some painful event from the past: rape, death of a son, or a child abandoned in a shelter.

In the context of the evolution of the on-screen characters of the actress, one should not underestimate the role of Nora Baker in the film «White Palace» (1990, nomination for the Golden Globe). She is one of the essential keys to Susan’s work, despite the fact that the film is a romantic melodrama. Reproduction of the inner conflict of the heroine certainly attracts attention.

Middle aged waitress working in the White Palace bistro meets a young widower. They have a difficult romantic relationship. Susan Sarandon clearly builds the psychological motives of her heroine’s behavior. The whole image created by the actress, every glance, every movement brings in itself failures and losses of the past, her hesitations: «Is it really worth trying again or will it be unbearably painful?» Nora chooses a fight, despite the fact that she is rather older than the guy, lower than him in social status, not Jewish – and with her actions she claims: she is a person, and most importantly – the woman who has the right to be happy.

The next character is Louise Sawyer from the film «Thelma and Louise» (1991), whether it is the older sister of Nora: she is also a waitress, but she defends her rights with a gun. The inner conflict here is characterized by reflections on the topic: is it possible to cross the line for the sake of justice?

This film, without exaggeration, became the basis for the emergence of a new type of film and heroines (the feminist road movie) and a launching platform for the development of such movements as Me Too, Time’s Up in the future. The role of the rebellious heroine brought Susan Sarandon another Oscar nomination.

It can be noted that the generalized screen image of the actress is able to rebel not only against circumstances, but also against herself, to overcome her own complexes, fears, stereotypes. The heroines of Susan Sarandon are characters of today who speaks with the audience in modern language about contemporary issues.

In the film «Lorenzo’s Oil» (1992, Oscar nomination), another important topic for Sarandon is being discussed – motherhood, because the actress has three children. In the story, the mother and father are independently trying to cure their son, who has fallen ill with rare and incurable adrenoleukodystrophy. And again we can see a strong inner conflict of the heroine, Michaela Odone: to continue to fight for the boy’s life, or to let the child go, because he suffers unbearably?

At this time, actress trends to participate in projects with a socially important statements. One of these films is «The Client» (1994, Oscar nomination) where Susan played lawyer Reggie Love, which agrees for 1 the dollar to defend a boy who accidentally learned an important secret of the mafia. This project is characterized not only by the statement against sexism (Reggie is a woman, therefore she is not perceived as a serious professional), but continues the series of roles that have inner contradictions: because of an unfamiliar child, the heroine can lose not only her work, but also her own life.

During this period of time, Susan Sarandon’s work at «Dead Man Walking» (1995, Oscar for the Best Leading Actress) allowed her to gain the main position in the industry by her flawless performance of the inner conflict. The movie was dedicated to the fight against the death penalty and was based on true story. Catholic nun Sister Helen Prejean becomes the spiritual mentor of the condemned to death in order that he repent and receive omission of sins. She is torn between sympathy for the relatives of the victims, attempts to be fair and mercy. The heroine finds herself in a certain spiritual intimacy with the criminal. Despite common sense, she tries to believe in his innocence and understand him. Helen, a woman who never knew physical intimacy, suffocates even the beginnings of thoughts about a possibility of being with a man. She decides to be with him on the penalty, so that he would feel love at the last moment of his life.
But the theme of motherhood continues to develop in such films as «Stepmom” (1998), «Irresistible» (2006), «The Greatest» (2009), «The Meddler» (2015), «Mothers and Daughters» (2016 ). Thus, during the promotion of the film «The Meddler» Susan Sarandon also organized the campaign «Call Your Mother.» The actress is generally distinguished by the magical ability to make a clear civil statement, even in light comedies or films, which does not differ in an outstanding script or direction, thereby building up its effect on the society. Motherhood in the films «3 Generations» (2015) and «The Death and Life of John F. Donovan» (2018) is combined with the theme of struggle for the rights of the LGBTQ community, which is another important mission of the actress.

One of the last works of Susan is a role in the film «Viper Club» (2018). The movie is dedicated to not only motherhood, but also trend to draw attention to the problems in the Middle East, such as government’s lack of concern and world terrorism.

It is worth noticing that Susan Sarandon does not have a special acting education, she still has an individual technique. The engine and energy from which the actions of the heroines are born are the vital activity of the actress herself. She does not embrace substitution method suggested by Hollywood coach Ivana Chubbuck’s technique. The main element for Susan Sarandon is her own imagination, as she repeatedly mentioned herself.

Imagination is an important component of the acting techniques of both Sanford Meisner and Uta Hagen (in general, most American techniques are based on the system of Konstantin Stanislavsky). However, it can be traced that the closest approach to Susan Sarandon’s work on the role is the technique of Stella Adler, which brought the imagination, openness to the knowledge of the world and the mood of circumstances to the fore.

Susan works a lot on television. Among the projects of recent years, it is worth noting the mini-series «The Secret Life of Marilyn Monroe» (2015), in which the actress brilliantly played the mother of Norma Jeane, a woman with mental disorders. The series arise important topics for the actress such as motherhood, relationships with children, work in Hollywood, sexism.

Another outstanding mini-series featuring Susan is «Feud: Bette and Joan» (2017), where she created a full-fledged portrait of such a legendary personality as Bette Davis. Series address sexism, ageism in general and in Hollywood in particular. Susan in general fights against various «-isms» and discrimination, organizes campaigns aimed at supporting Haitians, people of Africa, protecting animals, opposing the war in Iraq and Yemen.

Most of the other projects in which Susan Sarandon is involved (dubbing films, cartoons, video games, documentaries) also dedicated to social and political issues that raise uncomfortable, even for America, topics.

An important aspect of the creative work of the actress is the production of documentaries. Her main projects are «Deep Run» (LGBTQ, 2015), «Soufra» (a woman in the Muslim world, 2018), «Bombshell: The Hedy Lamarr Story» (the difficult creative path of actress Hedy Lamar in Hollywood, 2018).

Susan Sarandon has always had a difficult relationship with the authorities. Her arrests began during her college years, when she took part in protests against the Vietnam War. She was then arrested for protests in 1982, 1999 and 2018. The last protest was aimed at Donald Trump’s anti-emigration policy and the separation of children and parents.

By the way, in the presidential election of 2016 in the USA, the actress did not support either Donald Trump or Hillary Clinton (one of the few in Hollywood). Susan Sarandon voted for the candidate from the Green Party Jill Stern. When Trump won the election, a real bullying against Susan began on social networks, which continues today. The actress is groundlessly accused of having helped Trump win with her voice, thereby depriving her of her constitutional right to choose. Campaign against Sarandon did not involve bullying of other celebrities, who openly voted for the current American president.

The book about Susan written by film critic Betty Jo Tucker was published in 2004. It is no coincidence that the book title is «Susan Sarandon: A True Maverick». Since then, Susan has not turned off her course. 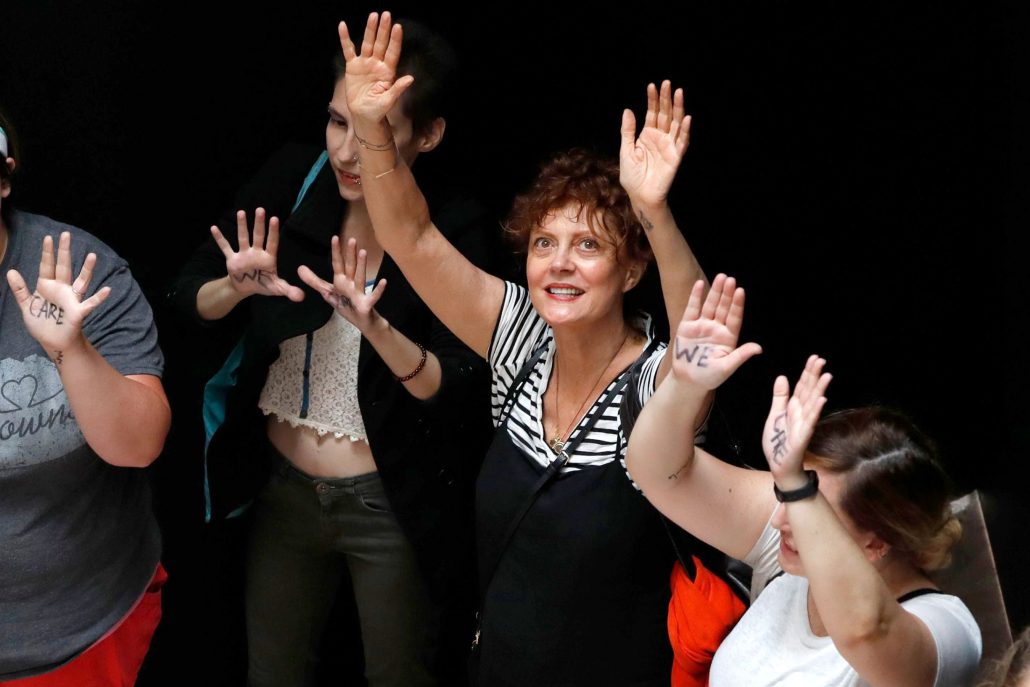 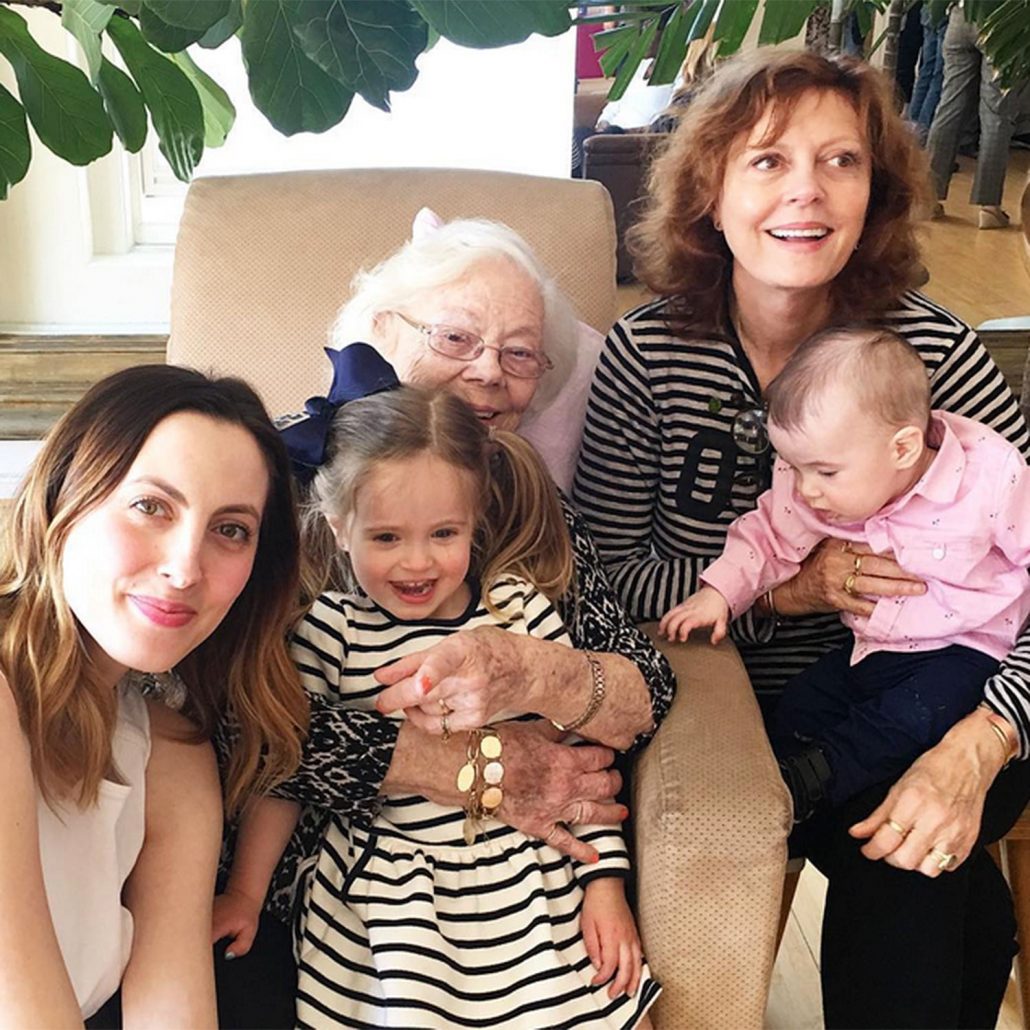 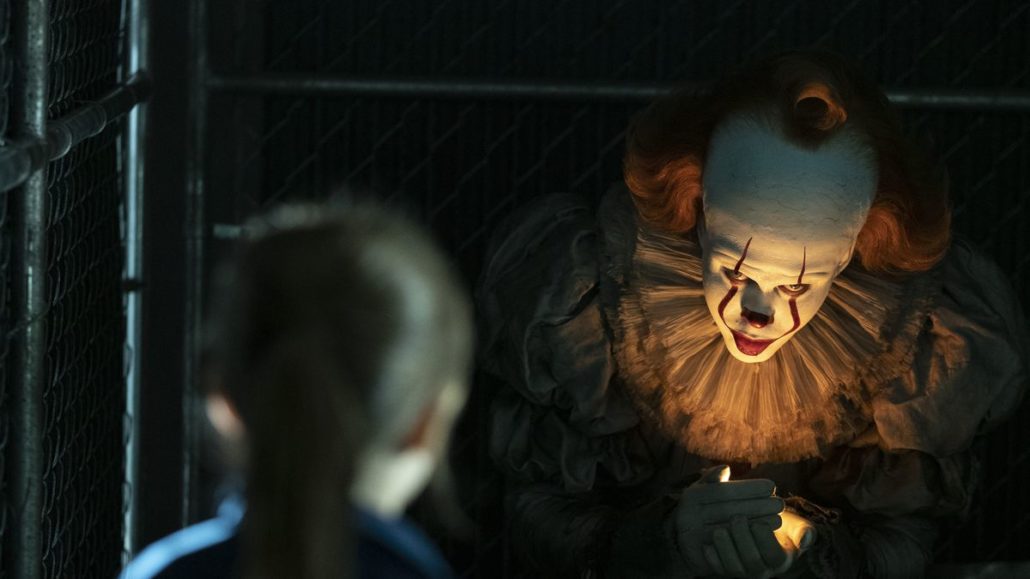 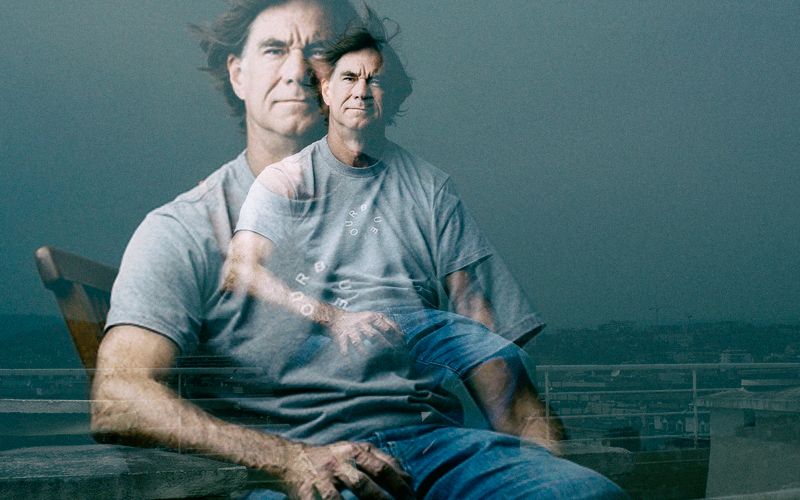 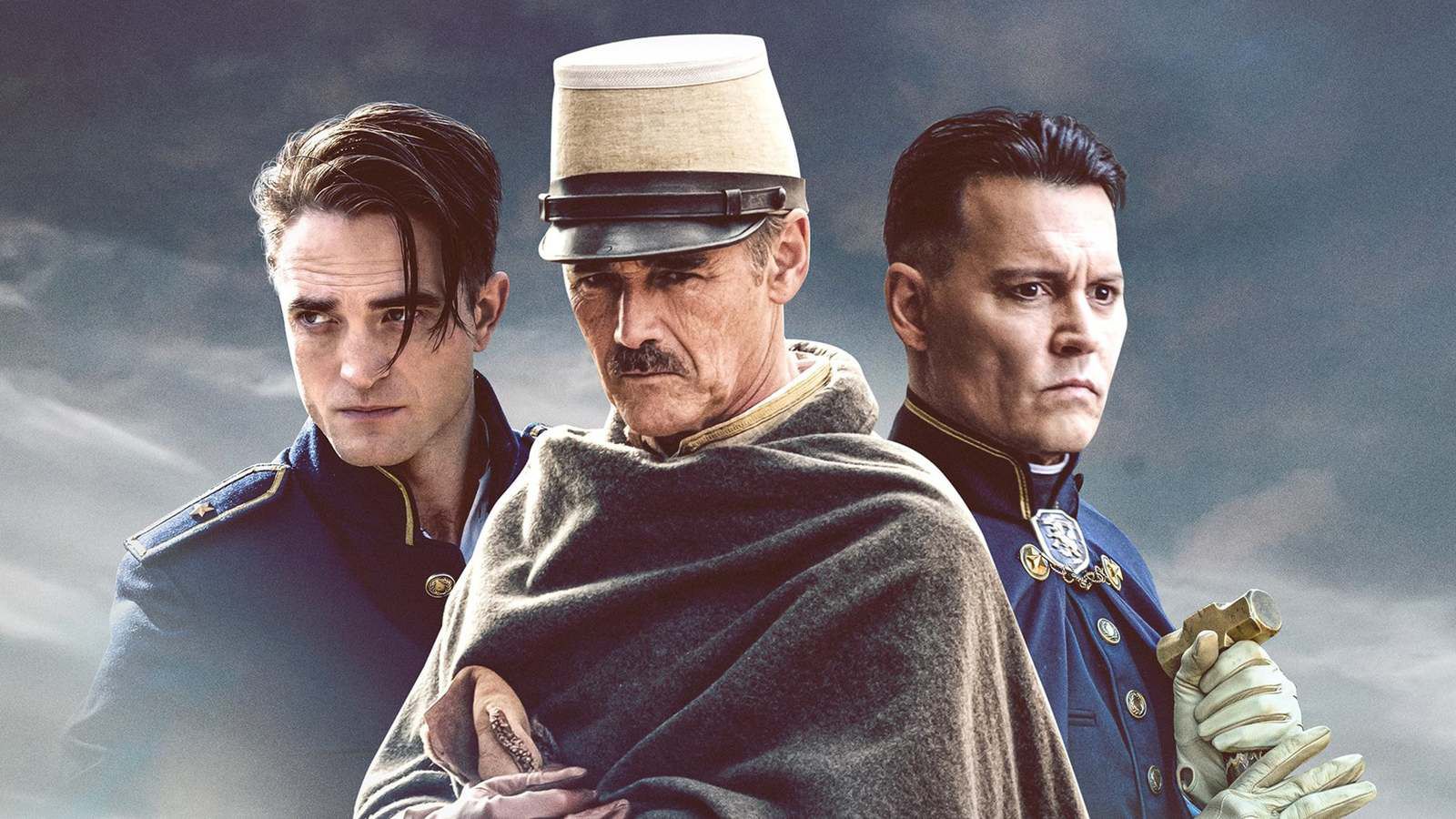 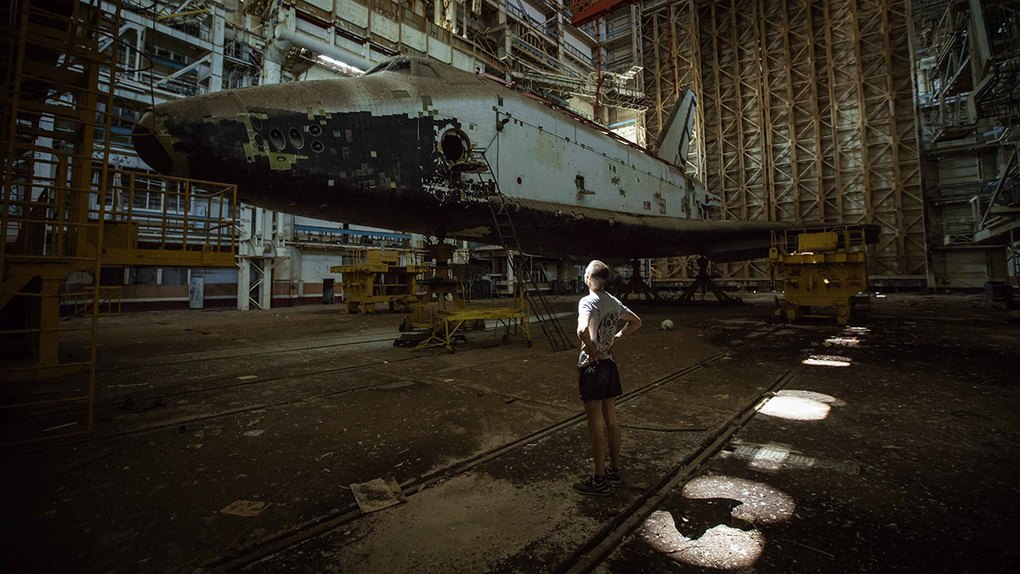 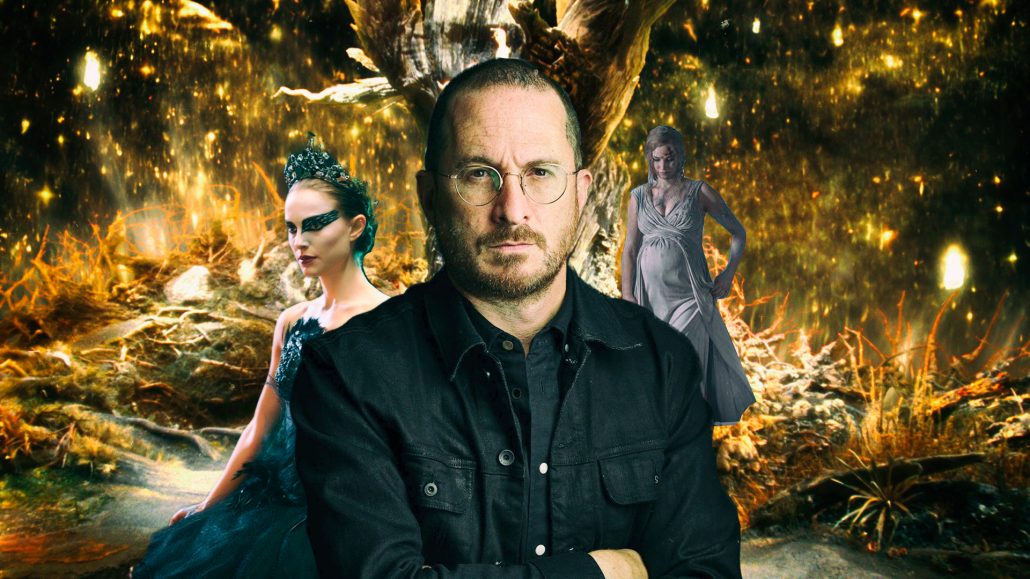